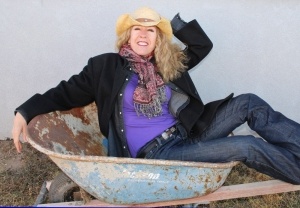 is the logical offshoot of

Lily Morgan grew up as a laborer on her family’s apple farm, where she learned the work ethic needed to carry on a six generation tradition of working the land. Lily didn’t know it at the time, but these values would serve her well. Instead, she schemed to get off the farm and see the world; landing her in Colorado with just $132.00, a pair of second-hand skis and six granola bars in her coat pocket.

With a determination to make her home on the front range, Lily graduated from The Emily Griffith Opportunity School. From there she continued to work several jobs and graduated from Metro State College with a degree in Criminal Justice. After graduating from Metro, Lily founded the Senior Assistance Center in Denver. This was ambitious for a 22 year-old and in her three decades with the organization, over one million of Denver’s elderly poor received assistance. Lily served as the Senior Assistance Center’s Founding Director, while working nights and weekends, tending her farm and handcrafting skin care.

As a teenager, Lily suffered terribly from acne and tried every traditional treatment to find relief, to no avail. “When I used organic skin care for the first time, I finally found a confidence that had been missing for years of my life. My goal is to give that back to others looking for skin care solutions.” Thus, Lily Farm Fresh Skin Care was created in 1986.

Lily made the decision early on to be an organic, sustainable farmer. Growing up on a conventional farm reinforced her decisions to do farming in a way that honors Mother Earth. Unable to source the necessary ingredients to produce the purest products, she began cultivating her own botanicals on a small farm in Henderson, CO. From day one she has proudly boasted “No synthetic chemicals – Ever!” on every Lily Farm Fresh Skin Care product.

Lily began selling her skin care line to natural retailers in 1986 – long before it was popular to be organic. Some folks say Lily invented local with her commitment to grow, manufacture and sell her products in Colorado. Unbeknownst to her this process is called ‘fully vertically integrated’. She is an intuitive entrepreneur! Lily pioneered organic skin care in Colorado, and continues to stay current with the addition of growing hemp and adding CBD oil to select products.

Lily Farm Fresh Skin Care strictly complies with all the regulations needed to keep her organic status – and the state-of-the-art laboratory where customers can see their skin care being made is FDA inspected as well.

Lily states “ We were the first skin care company in the world where you can buy directly from the USDA certified organic grower! We still were last time we checked. Our skin care is the best and freshest in the world!”

Customers were always asking Lily to come out and see the farm. Lily had a brainchild one day, while working in the laboratory. She was excited to tell the team that since they go through this open door policy with the USDA and the FDA, why not let our end-users see the transparency too? Customers can come out to the farm and watch their skin care being made, fresh! They can stroll the farm and see the botanicals in the brilliant Colorado sunshine and even have their own special occasion hosted in our barn-like event center. Response has been fantastic! Everyone wants to be a farmer for one day.”

The event center was a logical offshoot of the skin care. The modern day country barn is beautiful and affords sweeping views of the front range. Lily chose to invest in the county where she lives, farms and loves. She has moved her farming operation to 80 acres in Keenesburg, CO. , directly across from the Wild Animal Sanctuary. It is her sincere hope that the community embraces her vision of working and celebrating farm life!

Lily loves talking to the customers and wanted to engage them directly in agriculture in a meaningful way. That is why the event center and hand-crafting facility is available by appointment to tour. Lily says ” We want people to understand, organic is much more than a fashion statement, it is a methodology of agriculture and show them first hand.”

Today, Lily’s philanthropic endeavors encompass helping foster kids and supporting the Second Chance Center, which is the premier reentry program for people released from prison. Lily also assists Tibetans who have resettled in Southern India. She has a strong on-going commitment to preserve Colorado farmland for all perpetuity.

By hosting celebrations here everyone could be a part of our farm.

We are honored to be able to have you here today!

Hi Lily, I just wanted to thank you for making your products – never stop!!!!! They are truly the best I have ever used (and I have used A LOT)- I am already seeing a huge difference in the appearance of my skin and feel great when I use your products! Your recommendations were wonderful! Looking forward to trying out the mask next!