Hops are not just for beer

Hops — not just for brewing beer. 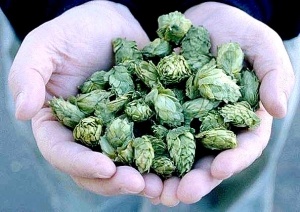 Hops are not just for beer — they have benefits in natural skin care products.

In fact, hops have many uses, including in natural skin care products.

Hops were mentioned by Pliny, the Roman scholar, as a cooking herb. The shoots were eaten in those times.

Hops have been used in brewing since the ninth century. Initially they were used widely as a preservative for beer. The brewers recognized that if they included hops, the beer lasted longer. Hops are said to have antiseptic properties.

Making a tea of the leaves, strobiles and stalks is reputed to be a stimulant for estrogen production and useful for intestinal cramps. Hops are also known to depress the central nervous system. Therefore, the tea can be great during times of PMS stress and irritability.

“Half a dram of the seed in powder taken in a drink kills worms in the body, brings down women’s courses and expels urine. In cleansing the blood, they help cure the French diseases and all manner of scabs, itch and other breakings-out of the body.”

Hops are a sedative. because of this quality, their most beneficial use may be in a sleep pillow. In fact, historical figures as diverse as King George III and Abraham Lincoln are said to have used this sleep-inducing aid.

I’ve made different herb pillows, but the most effective one is filled with a combination of hops and lavender. In addition to its wonderful scent, lavender helps you relax. Add some mugwort if you want to remember your dreams. Making the sachet is easy — just add a quarter-cup of the dried herbs to an empty pillowcase and keep folding over until you have a small, flat packet. Tuck this inside your pillowcase under your pillow at night.

Hops tea is also beneficial for a sluggish liver and to promote hormonal balance. Both of these effects have positive effects for the skin. Likewise, the promotion of estrogen production, in miniscule amounts, makes hops useful as ingredients for organic toners, lotions and creams. 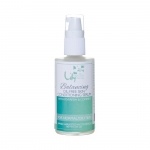 Hops are a valuable ingredient for natural skin care for treating dry or stressed skin. Their sedative properties are also beneficial. Culpeper also stated that they are excellent skin-lightening products. In fact, poultices made of hops have been shown to help with skin discoloration.
Lily Farm Fresh Skin Care utilizes the benefits of hops in Balancing Oil Free Skin Conditioning Serum. This multi-tasking product is for people who both do not want oil in a moisturizer and people and who are struggling with blemishes and wrinkles. They need a cure for both with one product. Balancing Oil Free Skin Conditioning Serum conditions and firms the skin while also healing and moisturizing.

About the Author: Lily